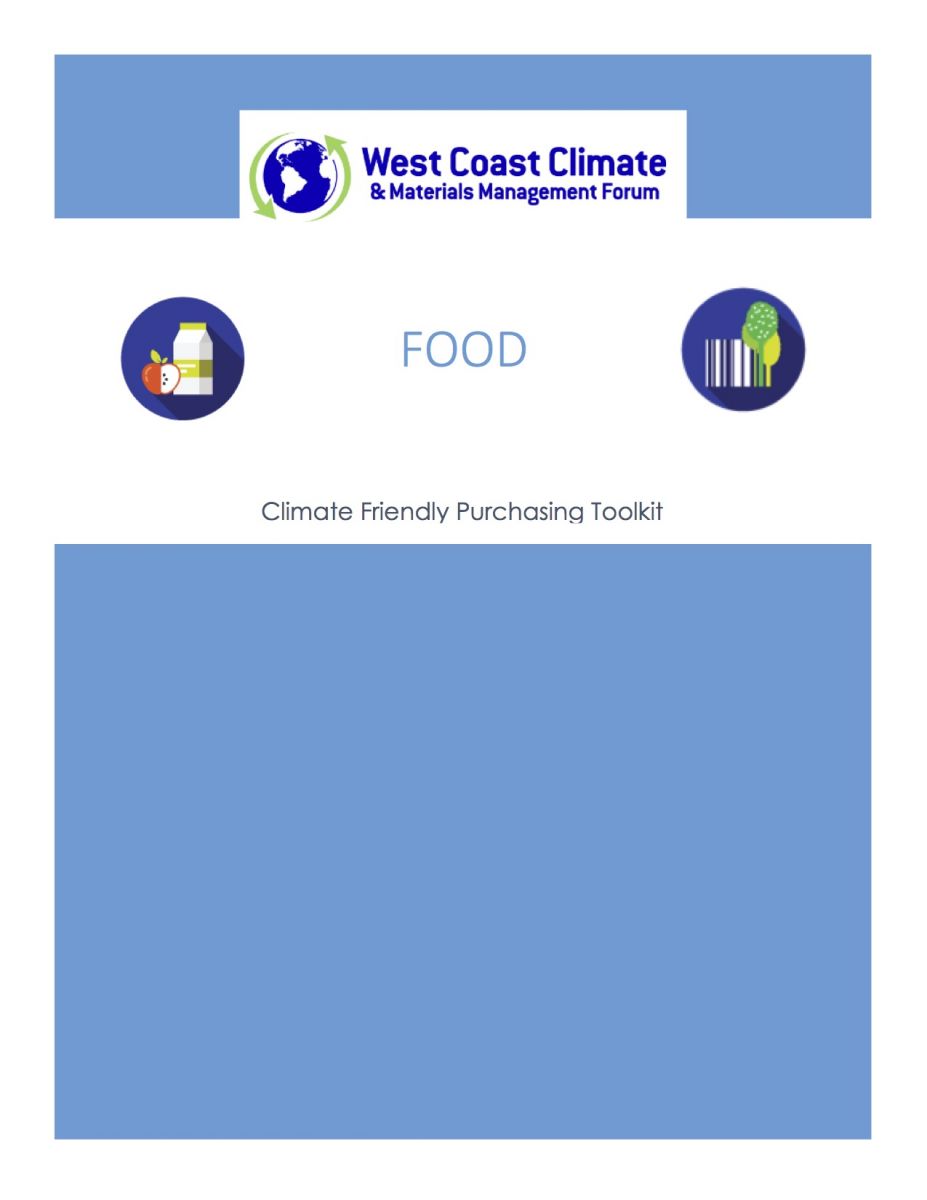 This section provides specific strategies to reduce GHG emissions from the procurement, planning, training, preparation, and serving of food and food services. Specifically, it provides the following seven strategies:

Why Food and Food Services?

According to the United Nation’s Food and Agriculture Organization, If discarded food were a country, it would be the world’s third largest sources of greenhouse gas emissions, after the United States and China.

Public institutions have an opportunity to dramatically reduce the carbon footprint of the food and food service as they purchase by influencing how food is produced, transported, prepared, and served for consumption. Institutions can also choose to reduce the purchase of high carbon foods (e.g. meat and dairy). In addition to public health and environmental benefits, such efforts can reduce an institution’s overall food costs by not wasting what is purchased.

Industrialized countries like the U.S. are big food wasters, especially at the consumption stage. In the U.S. from farm to fork, we waste up to 40% of the food produced for human consumption.

Getting food to the table in the U.S. uses 10% of the nation’s energy budget; 50% of the land; and 80% of freshwater consumption. Other impacts of food production include the release of fertilizers and pesticides into ground and surface waters and air, and the displacement of natural habitat. Food disposed of to landfills is a major contributor to methane emissions which has a much greater potential to contribute to global warming.

One of the biggest environmental impacts of food production and consumption is food’s carbon footprint. The life cycle of food represents significant source of GHG emissions---an estimated 13% of total emissions in the U.S.

Although “food waste” often directs one’s focus to end-of-life management of food discard, it is used in this work to describe the waste that is generated due to decisions made earlier in the lifecycle of food.

Food waste: Of the waste of food, refers to food that is of good quality and fit for human consumption but that does not get consumed because it is discarded—either before or after is spoils. The wasting of food occurs due to inefficient production, transportation, preparation, storage, and food delivery systems, including preparing and delivering too much food.

While many public institutions address the benefits of local purchasing and organic foods, less attention has been focused on the carbon footprint of food. This guidance is oriented towards filling that unmet need.

Life cycle stages: One study found that growing and making food contributed 83% of total GHG emissions from food, while transport of finished food through wholesale and retail channels contributed only 4%. In another study, production-related emissions were almost 50 times higher than the emissions resulting from disposal of food waste. 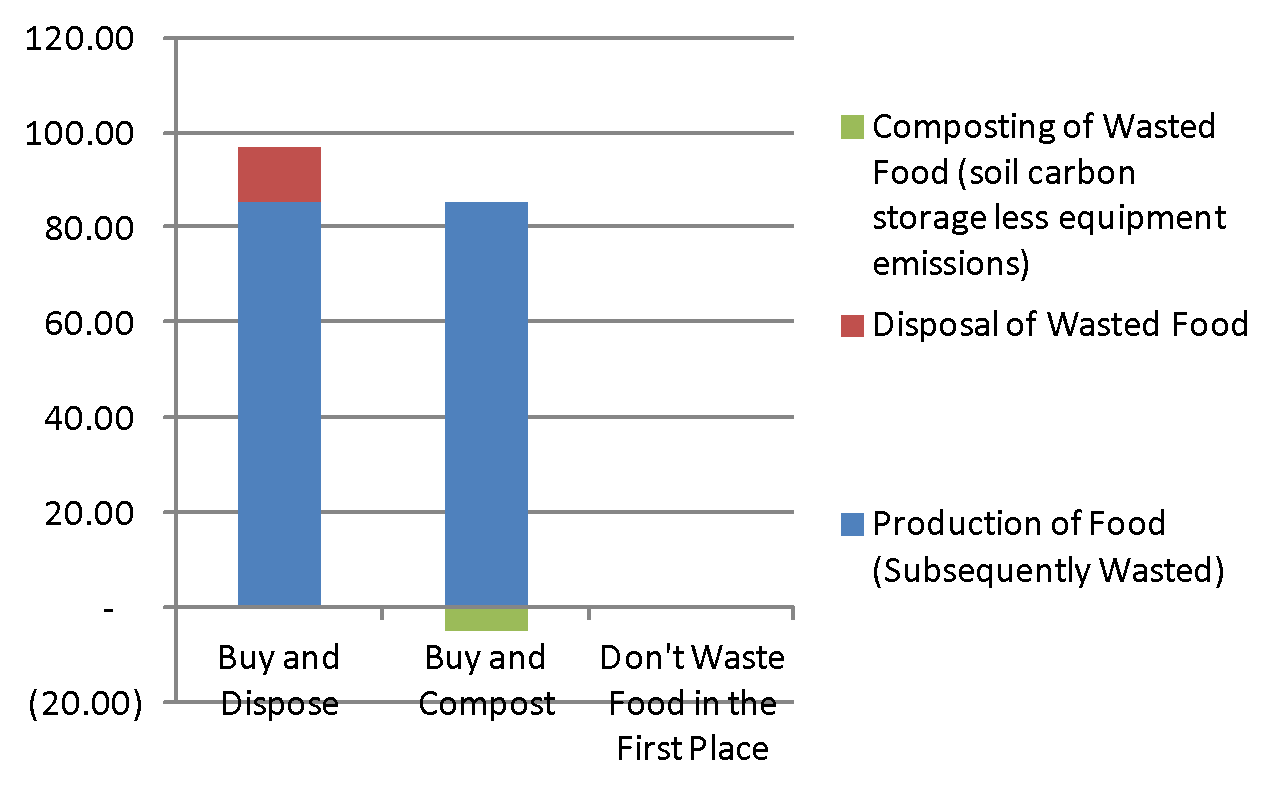